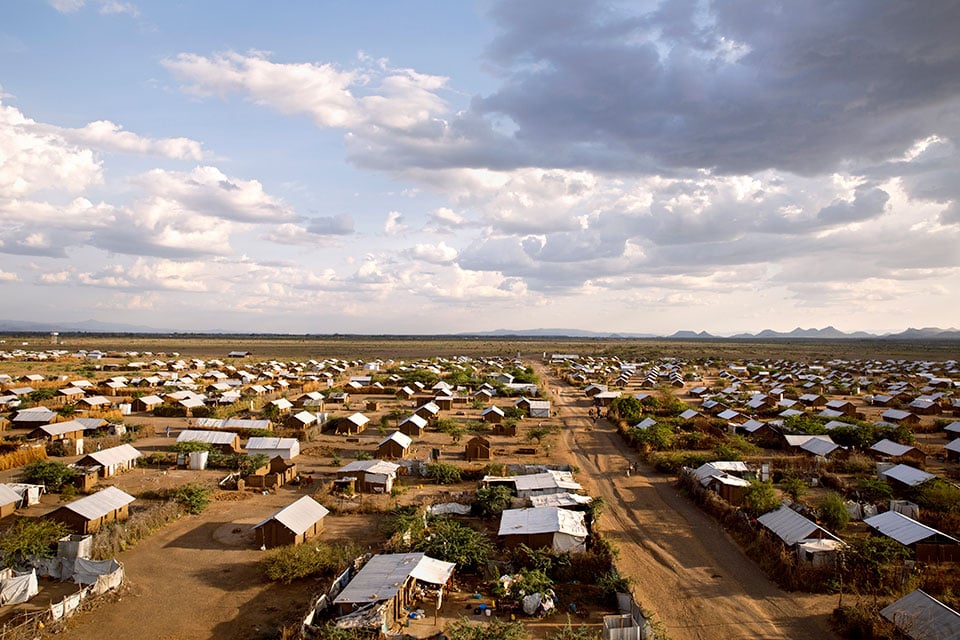 With an average temperature of 104 degrees Fahrenheit, the semi-arid desert of northwestern Kenya is anything but forgiving. This region is known for dust storms, poisonous spiders, snakes, scorpions, frequent droughts, and malaria and cholera outbreaks.

Positioned in the middle of this challenging environment is the Kakuma Refugee Camp. Kakuma is the Swahili word for "nowhere." This sprawling camp of thatched roof huts, tents, and mud abodes is ‘home’ to over 190,000 displaced people. Once admitted into Kakuma, refugees cannot move freely throughout the country. Instead, they must apply for movement passes from the UNHCR and Kenyan Government, which expire after a week.

Due to this legal situation and harsh environmental conditions, income-generating activities are scarce. Children often age into adulthood with little hope. Life is bleak.

Yet, the international community is not the only one taking notice of the desolation in Kakuma.

Dr. Richard Mutura is passionate about transforming communities through enterprise and is often looking to give back to God out of gratitude for what he's been given to steward. Recently, he got the chance to do just that by teaching a group of pastors about entrepreneurship at Kakuma Refugee Camp. His strategy was to train pastors in entrepreneurship, and then the pastors could then train their congregants.

After one of the sessions, he went out to help a woman who was preparing food for the pastors. The woman said something that shocked him. She said, "You are training pastors, that's good.  What are you going to do for us? What shocked him the most was the woman was not only thinking about herself, she was thinking about other women in her community. He asked her what she needed and the woman said, "If you could give me a sewing machine, it would change my life. I'll be able to make clothes for my children and I'll be able to buy them sandals."

Returning to Nairobi, Dr. Mutura and several friends purchased ten sewing machines to take back to Kakuma. He also learned of a resident available to train the women.

But there was still a discipleship ingredient missing.

Dr. Mutura needed a way for the women to study the Bible in a simple and structured format. Enter Beatrice Jalala, Sinapis’ Alumni Engagement Coordinator. In an outreach call to Mutura, she recommended the Discovery Bible Study, a tool used by Sinapis to help entrepreneurs start Bible studies in their workplaces. Soon, the women in Kakuma were using it, too—not only among themselves but also with their friends and families.

Dr. Mutura’s first cohort has now graduated. Two new cohorts are underway, with 22 pastors and 20 women in each of those. A local church has given a parcel of land, and a training center has been built. Officials in Kakuma also see the benefits and have asked Dr. Matura to start bible studies in six other refugee camps.

“This is a story of faith and grace,” he told Jalala.

It is also a story of how Sinapis staff offer valuable support to their “alumni family network” long after the course load is finished.

Finally, it is a story of how every donation, prayer, and partnership effort by generous supporters who share our belief that faith-driven entrepreneurs can change the world is at work in East Africa.

‍May this story encourage you as much as it does us this Christmas. Thank you for your ongoing prayers, encouragement, and financial support that allow us to support Kingdom entrepreneurs and be a part of such efforts to bring hope and economic opportunity.