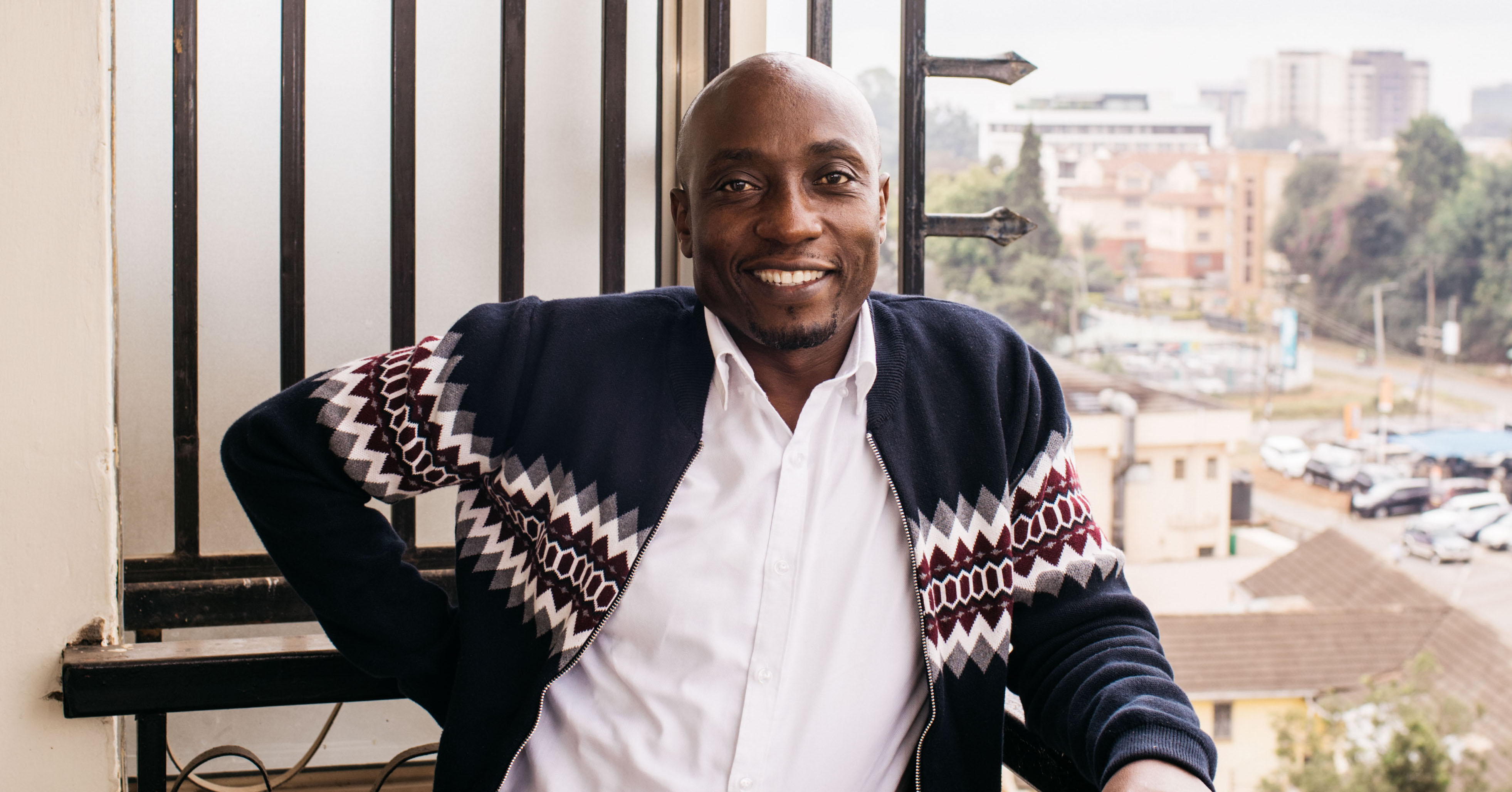 Kenya’s agriculture sector is predominantly small-scale farming and accounts for over70% of local agricultural production, meeting approximately 75% of the national food demand, according to Route to Food. Farming is arguably the most important asset to sustaining life in Kenya and around the world.

Charles Mokaya is aware of these figures and is conscious of the lack of information that creates setbacks for smallholder farmers in Kenya. His own mother is a livestock farmer. When he asked her whether she received a return on investment and profits from rearing her livestock once, she lacked clarity on her numbers. When he asked the same question to other smallholder farmers in rural areas, he realized that most were not clear about the amount they were investing in their farms or what their financial returns were. Charles concluded that, while these farmers are the feeders of the nation, poverty, both financial and knowledge, is a common link among them. This lack of awareness became the basis on which he and his colleagues founded Human Development International (HDI).

“We created HDI out of curiosity, to know whether small-scale farmers could show that farming was a profitable venture, because this is the only way to fight poverty,” says Charles.

What he found was that farming was done in a leisurely fashion. For daily upkeep, most farmers relied on relatives in urban centres. As soon as Charles and his team started working with small-scale farmers, HDI’s vision became clear–to be a vehicle for economic empowerment in the rural agricultural sector.

As Charles and his colleagues began this venture, proof of concept was fundamental. The HDI team set up demonstration farms to show farmers they could expand their farming category by planting new crops, how to increase in their level of output, and how to keep additional livestock in a variety of areas. It was important to the HDI team during these trainings to assure the farmers they could continue farming what they had been farming without altering their focus. “Our mission was to support farmers by teaching them basic business skills that would help them run their farms as businesses and not hobbies, which was initially the case. We set up various programs for different farmers because farming is diverse, and we wanted to train farmers from a perspective of their focus area.”

Because of the diversity of farmers Charles and his team were engaging with, it was important to practice fairness, show kindness, and work in a Christ-like manner. Charles saw the opportunity to integrate his faith-based principles into his work and slowly but surely, HDI systems became rooted in Kingdom business ethics.

As HDI continued to transform farmers’ perceptions on business, Charles realized he needed to elevate his finance skills. These skills are a core facet of his business and a major part of the information he was sharing with the farmers. And so, he searched online for a suitable program, and this is how he found the Sinapis Entrepreneur Academy. “I was looking for a specific subject, and when I saw Sinapis offered unit economics, I was curious to find out what that entailed.” An entrepreneur keen on numbers, the Entrepreneur Academy program costs were favorable, which informed his choice to enroll in 2019.

A recurring theme that stayed with him during the 16 weeks of the Entrepreneur Academy was on accountability impact.

HDI is growing, but growth to Charles is more than just profit. It is an opportunity to give back to the community. This personal value of service to others encouraged him to establish a program under HDI to support widows as extensions of each of the farming programs. HDI carries these out in collaboration with faith-based institutions in different areas they serve. “In Eastern Kenya, we work with the Anglican Development Services, which is an organization under the Anglican Church of Kenya. We’ve done this because we understand that widows have needs for basic levels of counseling and spiritual encouragement.”

The team has set up a pastors’ empowerment program to uplift pastors in Eastern Kenya through training that teaches them to be farmers to supplement to their ministry. HDI provides them with a start-up ‘loan’ in the form of livestock, which is then paid back once they have earned income from the livestock. Charles credits part of his “community impact” expansion to the influence of other entrepreneurs in his program during his time at Sinapis.

“The skills I picked up from Sinapis have been very instrumental, especially in the financial management aspect and unit economics.

These are things I can forever thank Sinapis for.” Despite the setbacks that came with the onset of the COVID pandemic, HDI has doubled its programming and is working with over 2,500 small-scale farmers in Kenya.

His advice to fellow entrepreneurs who are starting out is to be certain about the work they want to do. “Before you set out to start a business, know that what you are about to do it is your calling; know and understand that what you are offering is a service to the community, to the people, and to evaluate whether you would do it even if it did not pay you to do it. Then, work hard to find people to pay you for it.” 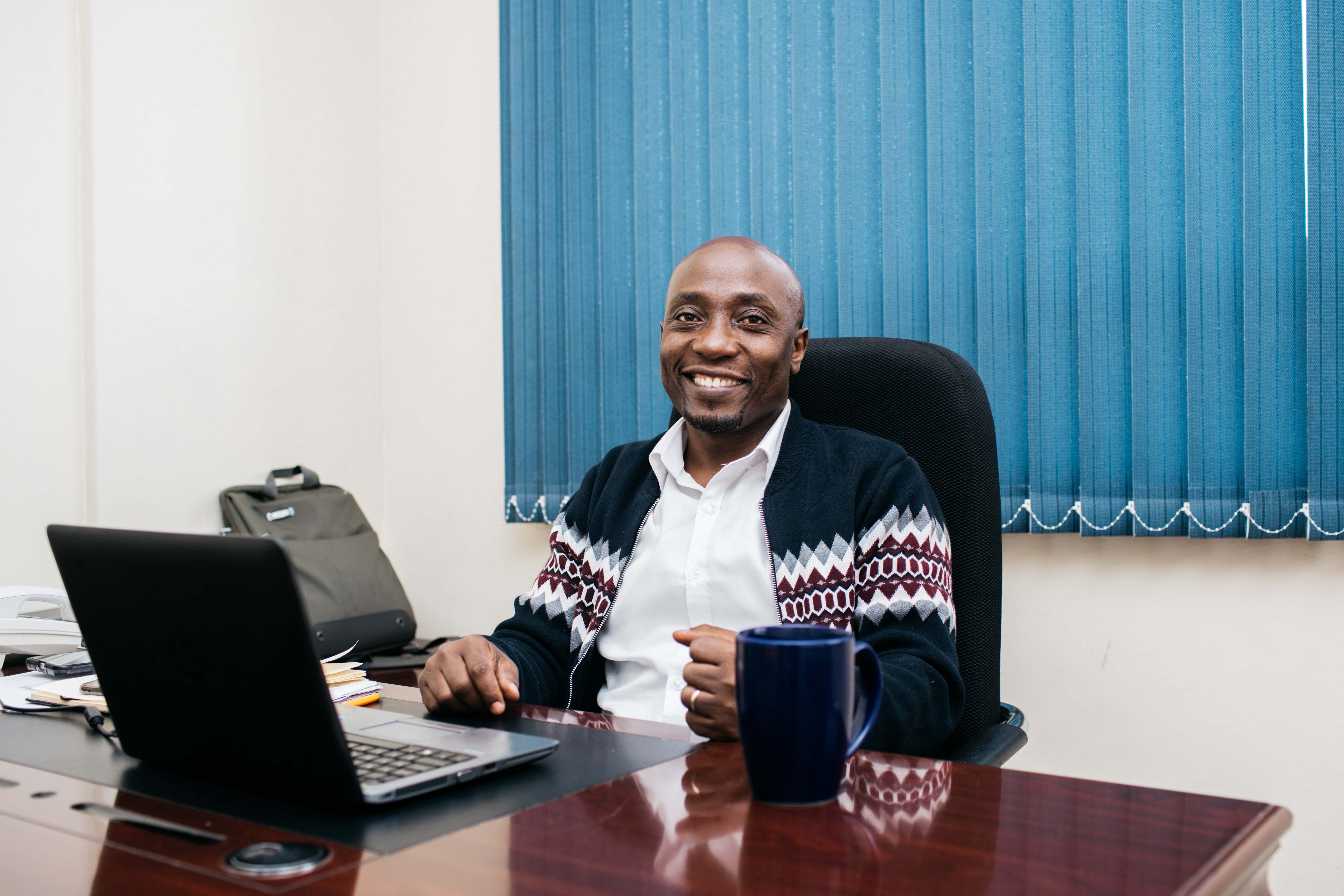