Names have power, and by naming herself-help group ‘Kipekee’, Linda Maruti chose to be one of a kind. The name propelled her towards her goal of being set apart and became the stepping stone towards her mission, which is to touch women’s lives.

Linda’s undertaking began way before she established Kipekee Women. The tenets of her faith had led her to serve in her church within the women’s ministry, where she gained leadership skills. She has worked with women for over two decades, offering guidance and support to those in need of it. But something became clear; most of these women were often under some form of financial strain and in need of help. Linda wanted to go beyond short-term monetary relief to help these women and started Kipekee Women in April 2019 as a self-help group to nurture its members into a deeper sense of community. With the group registered, the Kipekee Women started making monthly contributions of KHS500 to their new bank account she helped them start.

Linda wanted Kipekee to be more impactful than a traditional table banking structured organization. “My goal for Kipekee took a turn and became to create a forum for members to be money-conscious women who would work towards being economically independent,” Linda says. To use an aspirational phrase, she believed that showing someone how to fish was more meaningful than giving them fish.

Within a few months, Kipekee had grown their table banking fund significantly through member contributions. The group invested KHS100,000 into a money market fund as members continued to brainstorm on other income-generating projects to invest in. Linda was keen on venturing into three industries: manufacturing, textile, and agriculture industries, which are often described as the cornerstone of the Kenyan economy because of their accessible markets.In fact, Kipekee already had a success story. One of the group’s members had taken a loan, ventured into farming and experienced a fruitful harvest. For Linda, this was a reassurance that she was on the right path from an entrepreneurial standpoint.

But there was more to be done. Linda wanted to amplify this result in Kipekee and create structures that would allow for members to experience financial growth. To do so, she needed to learn how to manage her group more effectively. For weeks, Linda spent time online researching courses and tuition fees, hoping to find a good study program at an affordable price point. Her efforts seemed to be futile and was on the brink of despair when she came across the Sinapis Entrepreneur Academy, our mini-MBA program that offered all the courses that she needed at a cost-effective price. Without hesitating, she signed up and began her journey with Sinapis.

Linda dedicated her time and efforts to learn all there was about running a successful business in a way that integrated her faith during the 4-month Academy program. The course enabled her to center Kipekee Women’s mission and vision around Kingdom business. As she learned about operations, she was also taught about wise stewardship of resources. She learned about working capital while learning about disciple making. The Entrepreneurial Academy not only added value to her business, it affirmed her faith and why submitting to Christ in every aspect of her life is important. Kipekee Women’s investment in money market funds has increased three-fold and maintained the group’s momentum through the hardest periods of the pandemic because of how Linda applies what she’s learned at Sinapis. Some members lost their livelihoods because of COVID, and their monthly meetings have been impacted. Despite the challenges, the members continued sending in their contributions and Linda transitioned to web-based meetings like the rest of the world.

By growing the fund, Kipekee remains afloat and offers loans to members during these trying times.

Linda wanted to continue flexing her memory muscle and strengthen it and signed up for Sinapis Coaching in 2021. This has given her even more valuable networking opportunities and helped her refine her leadership skills through its group coaching format.

From an initial group of 15 women, Kipekee has grown to a membership of 32. Linda has achieved her goal of reaching out to women with limited financial opportunities by giving them a place to belong.

“I want the members of Kipekee Women to know that this world is theirs to thrive in. No amount is too little to start something, and an idea is as powerful as you make it.”

Linda also learned how to centre her initiative around Kingdom service in addition to the leadership skills she gained through Sinapis. She has integrated the sense of community into Kipekee’s constitution. The women rally together during significant occasions in other member’s lives and give supplementary contributions to cover any required costs. Linda’s hope is to have Kipekee give back to the community by sponsoring a needy child’s school fee down the road.

Using her coursework knowledge, Linda is working on hosting a training session to educate members on which small businesses to begin, how to start them, and how to make them successful. Whenever she gets the chance, Linda introduces other entrepreneurs to Sinapis, sometimes going the extra mile to sponsor a small business owner for the Aspire Launchpad course.

“I like what Sinapis stands for. They met a need in my life that has given me the chance to help other women meet their needs as well. I am a testimony that Sinapis works. I have built skills and joined an impressive network of people. And above all, I have met people who are extending the Kingdom of God through the work of their hands.” 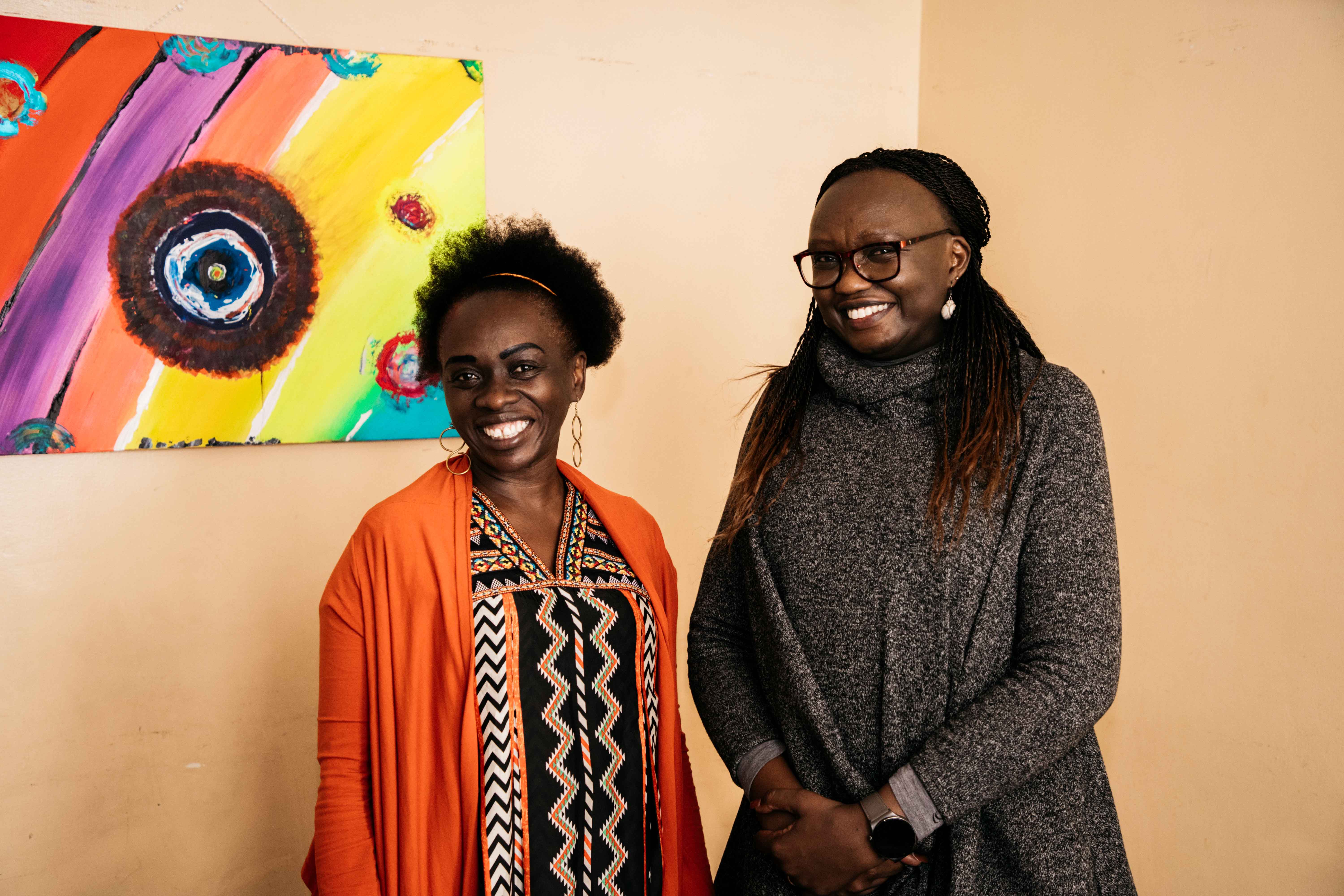